The Shayla, Al-Amira, Khimar and Square... What is it?
The shayla, al-amira, and khimar are the three most popular types of headscarves.

How, why, and where is it worn?

The shayla is a rectangular piece of cloth (favored by women in the Gulf region and making a surge in North America) wrapped around the head and pinned in place on the shoulder. The al-amira is a two-piece veil consisting of a cap or extra-large headband and a tube-like scarf worn over that. Women around the world wear this style. The khimer is a long cape-like with an opening for the face that falls over the bosom often to the hands. Many Muslim women don the khimer for prayers or for the Hajj pilgrimage.

Probably the most popular style and my favorite, is Shayla style. 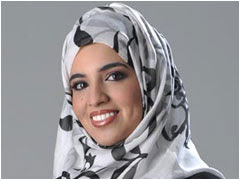 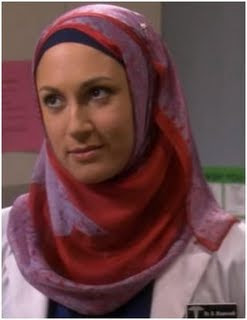 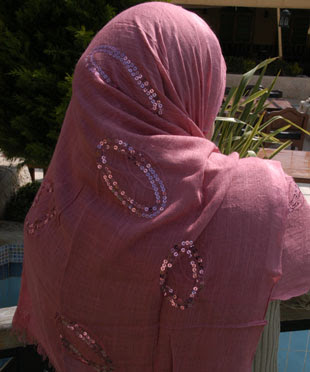 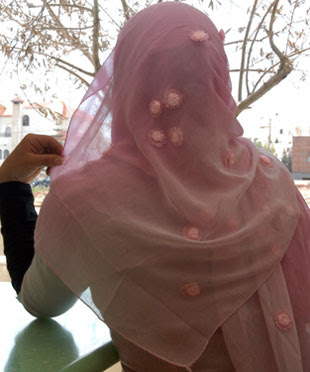 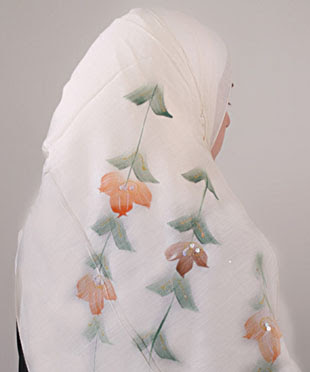 Usually small under scarf and pins are used to keep Hijab in place . 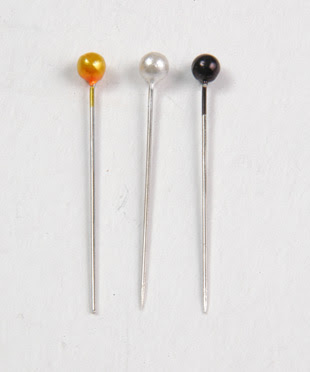 The next popular style is Amirah Hijab ,which mostly worn by younger sisters ,as a starter Hijab ..
Its very easy to wear .Its two piece Hijab ,that doesn't require pins and stays perfectly on its place..
it may look little bit tight sometimes and not have enough coverage for some ... 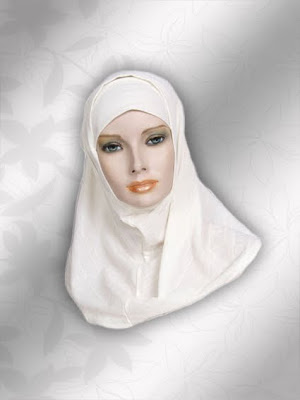 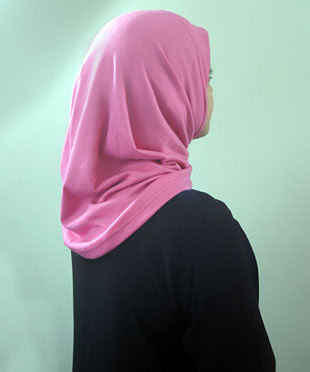 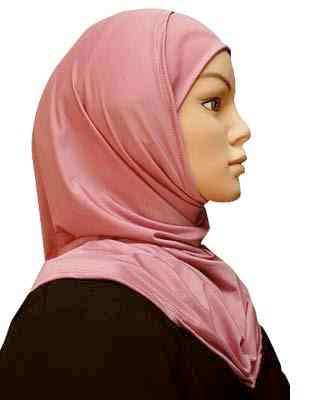 The next style is Khimar ,which is the almost the same style as Amirah Hijab ,but its much longer and looks like this: 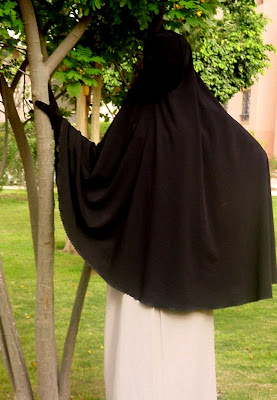 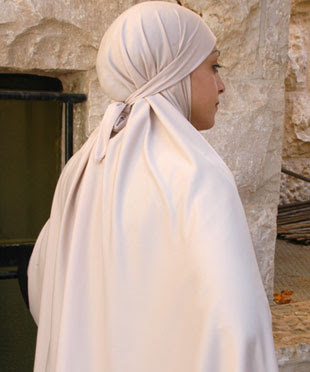 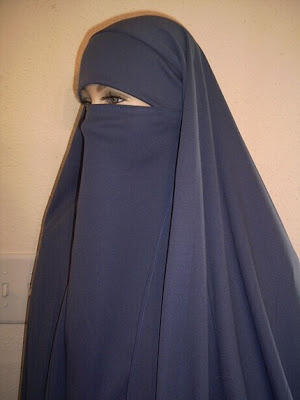 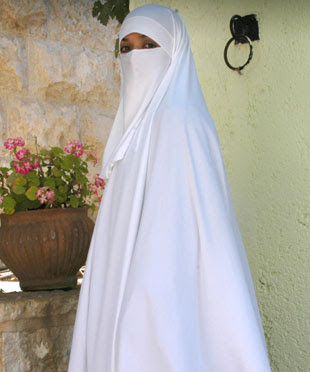 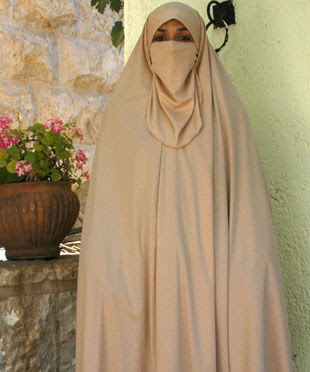 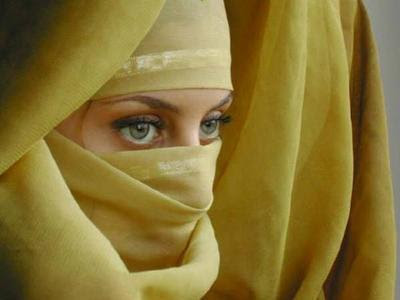 There is another popular style of Hijab :is square Hijab .It is also easy to wear . 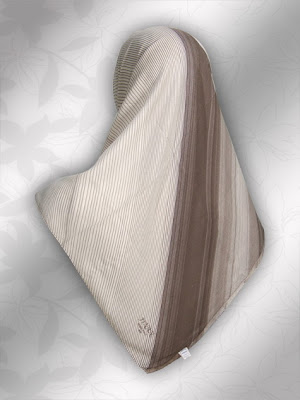 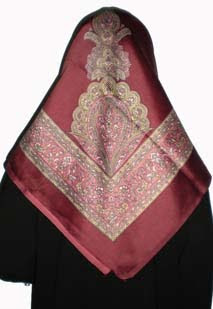 Some of them come in very rich ,feminine colors and designs .For example :square turkish Hijabs. 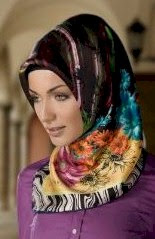 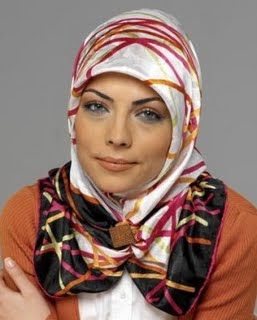 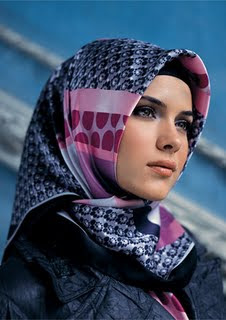 salam, i just LOVE LOVE LOVE the turkish satin scarves, where can i buy some?????

They are more expencive then regular Hijabs ,but check it and see if you like it ..
I never ordered from them before ,but they seam trustuble ..
Check ebay also ,you may find some good deals ..
Hope it helped :)

Your blog keeps getting better and better! Your older articles are not as good as newer ones you have a lot more creativity and originality now keep it up!

Hi,
I would like to share with you a link of an islamic boutique that designs and made its own collection in Canada. They have great items and very wide collection of hijabs.
http://www.n-ti.com
Thanks
Dikra

I have been surfing online more than 3 hours
nowadays, but I never found any interesting article like yours.
It is pretty worth enough for me. Personally, if all web owners and bloggers made just right content
as you did, the web will probably be a lot more helpful than ever before.

Howdy! I realize this is sort of off-topic however I needed to
ask. Does running a well-established blog like yours require a lot of work?
I am completely new to operating a blog however I do write
in my diary every day. I'd like to start a blog so I can easily share my personal experience and views online. Please let me know if you have any recommendations or tips for brand new aspiring blog owners. Appreciate it!

Great post. Loved all the styles of mentioned here. But not all styles are available easily on every online store that offers hijabs. Though i love all my hijabs bought from EastEssence. Their collection is amazing.

Each time I used to always check blog posts within the first hours in the break of day, because I like to get information increasingly more.abaya online

Hey i was wondering is there someway i can get someone to help me put on my kimar the way this women did if i show the pic?

Amazing! all are amazing!

Nice article.I love shopping hijabs from Jolie Nisa www.jolienisa.com - Canada based Modest Clothing Store. They have an amazing collection of hijabs, abayas, maxi dresses, hijab pins. Do stop and shop if you ever visit Quebec, Canada.

Thanks to those who has been sharing exulting reviews about Dr. Mack. Their reviews helped me resolve my relationship issues. I’m so excited to also share mine. My lover, our friends and families are all happy for my brave work to get him back. Since after the spell, we’ve excelled beyond measure. 9 months after breakup, my ex was still hunting me inside even when I moved on 2 months after. I couldn’t get him off my mind. I decided one day to look over Facebook to see his face again. I was wounded inside again after seeing how gorgeous and happy he was. I’ve always know he’s my soul mate before the issues that caused our breakup. We do better together because we motive each other. The reviews I carefully read about Dr. Mack gave me great hope and assurance that it’s not too late to get back my soul mate. dr.Mack proved to me after the love spell that the reviews about him and his spell are correct after bringing back my Hero within 4 days of powerful spell work. You might be the next person to share some exulting reviews or stay anonymous if you like after contacting Dr. Mack for his genuine love spell via dr_mack@yahoo.com. WhatsApp +1 (305) 928 6455 ~Abby =)~Abby =)

2Hijab.com .Abaya ,Jilbab in different color and more.Click on the image to visit the site